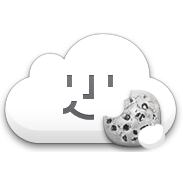 Yesterday I noticed that iCloud tabs for my iPhone did not appear in the “iCloud Tabs” button on Safari’s toolbar. (View menu, Customize Toolbar)

I then opened a new Start Page on my iPhone and noticed that neither my Mac nor my iPad showed in the iCloud Tabs section. (Scroll to the bottom of your Start page and tap Edit. You can enable/disable/order the section there)

The above image is what iOS Safari’s Start Page will look like when things are working.

In addition to the iCloud tabs not appearing, the new iOS 15 Tab Groups were no longer syncing. I could add/remove tabs to an already shared Tab Group, but changes on either the Mac nor the iPhone would sync to the other device.

After talking with support, updating iOS to 15.1.1, resetting Network Settings, I finally decided to toggle Safari in iCloud Settings. I told iOS to keep my Safari data and left the setting off for two minutes.

After toggling Safari back on, my iPhone was able to see the Mac’s iCloud tabs and the iPad’s iCloud tabs. The Mac, however, could still not see the iPhone.

I went ahead and toggled Safari off in the Apple ID settings of System Preferences for two minutes and turned it back on, but the Mac could not see the iPhone. Then, after about 10 minutes, the iPhone showed up.