My brother sent me this telling data about why the Genesis probe crashed to earth after neither of the two chutes succeeded in opening. 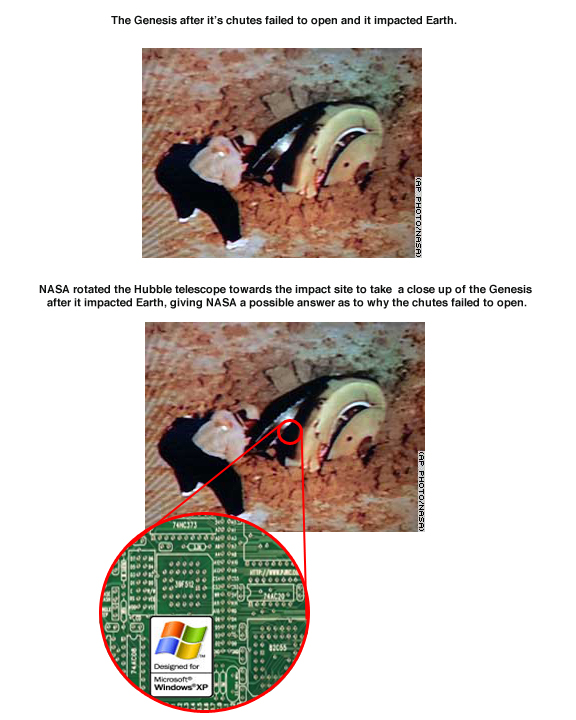 It turns out that Genesis was on track to a proper snag by the helicopters but as it came through the atmosphere, Service Pack 2 was automatically installed and activated. Next, when the outgoing commands to deploy the chutes were executed, a dialog on the craft opened asking “if it was ok to open the chutes” Seeing that nobody was on the craft to click “ok” the craft plummeted to the earth.

One NASA official was quoted as saying “Who knew SP2 stood for Shitty Parachutes 2. At least with SP 1 the second chute would have opened”